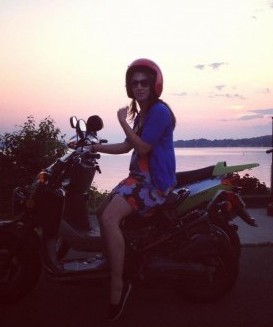 Vanessa Weinert, a native from Western New York, received her BA in Anthropology and Women's Studies from SUNY Cortland in 2006. After graduation she spent time in eastern Turkey doing archaeological and anthropological field work. Once she came back to the United States, she worked as an anti-violence educator for over a year before starting the Columbia/LSE dual degree program. As a community educator she worked with middle school students on issues such as: dating violence, sexual assault, homophobia, and bullying. At Columbia and the LSE, she wrote an Anglo-American comparison on the organizational and intellectual responses to domestic violence dating back to the mid-19th century. After finishing the Columbia/LSE program, Vanessa developed a Supervised Visitation Center for children that have been exposed to domestic violence, child abuse, and/or sexual abuse in her home community. She is now working as the Director of Marketing at the historic Chautauqua Institution (ciweb.org) and in the evenings enjoys teaching Anthropology and History at Jamestown Community College. She is also a Councilwoman for the City of Jamestown.