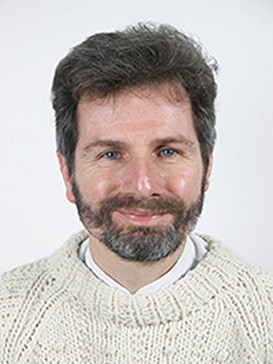 Dr Hochstrasser studied at Corpus Christi College, Cambridge, and gained his degrees from Cambridge University. He has also worked in a teaching and research capacity at Downing College, Cambridge and Keble College, Oxford and held a British Academy Post-Doctoral Fellowship.

Dr Hochstrasser's research focuses on the two-way relationship between intellectual life and political action in the history of early modern Europe, and above all on the use made of contemporary historical and philosophical writing to legitimate and defend changing concepts of sovereignty and political structure. The major case study for this research is the European Enlightenment (c. 1680-1830), with a particular focus on France and Germany. His research has developed three linked pathways: the development of natural law discourse in the early German Enlightenment, which provided the focus for his first book, the scope and limits of eighteenth-century cosmopolitanism which he is exploring through his continuing work on the Huguenot Diaspora, and the interface between political economy and practical politics in France in the era before the French Revolution.

Dr Tim Hochstrasser's major publication is Natural Law Theories in the Early Enlightenment (Cambridge, 2000) which was awarded the Morris D. Forkosch Prize by the Journal of the History of Ideas for the best book in intellectual history published in 2000. He has also co-edited a related collection: T.J.Hochstrasser and P.Schröder (eds.), Early Modern Natural Law Theories: Context and Strategies in the Early Enlightenment, (Kluwer: Dordrecht, 2003), together with several articles on the themes outlined above.

Dr Hochstrasser's other publications include:

He is currently working on a general overview of the Enlightenment, a study of the political theory of the French physiocrats, and a series of studies of writers within the Huguenot diaspora.

Dr Hochstrasser also has research interests in the social history of music and in historiography that extend beyond the range of the 'long' eighteenth century.