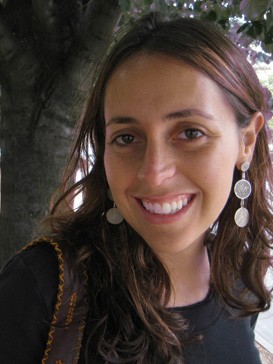 Tamy Guberek came to the dual masters program seeking academic training in historical research approaches and methods. Before starting the masters program, Tamy was the Latin America Coordinator for the Human Rights Data Analysis Group at Benetech. In this position, Tamy worked with Guatemalan partners to randomly sample and study the massive contents of the historic National Police Archive. She witnessed first-hand how the Archive’s documents are helping Guatemala and the world understand the National Police’s role in state repression. In Colombia, Tamy led projects, which statistically estimated patterns and magnitude of political violence. In particular, she sought to clarify what aspects of past violence are systematically excluded from testimonies, press data and denunciations about human rights crimes. In 1999, Tamy conducted independent research in Bosnia and Herzegovina on the polarized attitudes of Bosnians about the International Criminal Tribunal for the Former Yugoslavia. Utilizing survey methodology, she found that the distance and legal focus of the court left a gap that permitted local and often nationalistic actors to “translate” its work at home. The results of the study revealed that rather than seen to individualize criminal responsibility, the tribunal was being 'used' to exacerbate collective ethnic divisions. Tamy's research interests lie in how interpretations of conflict and violence become contending historical narratives in post-conflict periods. She plans to focus on conflicts in Latin America from a global perspective.