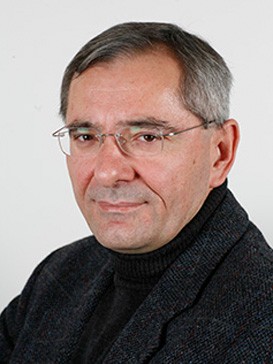 Dr Rajak holds degrees in economics and in history. He received his PhD in history from LSE. He has been the recipient of a prestigious grant from the British Arts and Humanities Research Council and is a member of the Republic of Serbia’s Archival Legislation Working Group.

He is also a Senior Fellow at LSE IDEAS, centre for the study of international affairs, diplomacy and grand strategy at the LSE. He was previously Academic Director at LSE IDEAS, Head of the Southern Europe International Affairs Programme and Head of the Balkan Initiative. He is a member of the Editorial Board of the journal Cold War History, and co-editor of a multi-volume Collection of Documents on the 'Soviet-British Relations in the Cold War', sponsored by the British and Russian Academies of Sciences.

Dr Rajak is the author of Yugoslavia and the Soviet Union In the Early Cold War: Reconciliation, Comradeship, Confrontation, 1953-1957 (London, New York: Routledge, 2010). He has recently co-edited a book with K. E. Botsiou, E. Karamouzi and E. Hatzivassiliou, The Balkans in the Cold War (London, Palgrave Macmillan, 2017) and contributed a chapter on 'The Cold War in the Balkans, 1945-1956: From the Greek Civil War to Soviet-Yugoslav-Normalization' in Melvyn P. Leffler and Odd Arne Westad (eds), Cambridge History of the Cold War, Volume I: Origins (Cambridge, New York: Cambridge University Press, 2010). He is also the author of numerous articles on the Cold War and contemporary history of the Balkans.