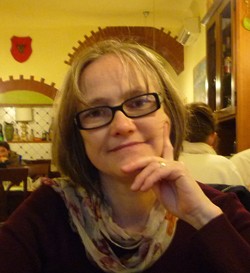 Susan Pedersen, Gouverneur Morris Professor of History, specializes in British history, the British empire, comparative European history, and international history.  Her book about the League of Nations and its impact on the imperial order, The Guardians:  The League of Nations and the Crisis of Empire, appeared from Oxford University Press in summer 2015.  For that book, click here.

In 2014, Pedersen founded a graduate training collaboration in Twentieth-Century British history with Guy Ortolano of NYU and Peter Mandler of Cambridge University. PhD students working in this field participate in regular dissertation workshops and book discussions across all three institutions. For more on the New York-Cambridge Training Collaboration (NYCTC)  click here.

The Guardians: The League of Nations and the Crisis of Empire

Eleanor Rathbone and the Politics of Conscience

After the Victorians: Private Conscience and Public Duty in Modern Britain

Family, Dependence, and the Origins of the Welfare State: Britain and France, 1914-1945

“Samoa at Geneva:  Petitions and Peoples before the Mandates Commission of the League of Nations,” Journal of Imperial and Commonwealth History, 40: 2 (June 2012), 231-61.

“The Impact of League Oversight on British Policy in Palestine,” in Rory Miller, ed., Palestine, Britain and Empire:  The Mandate Years (London: Ashgate, 2010), 39-65.

"Metaphors of the Schoolroom: Women Working the Mandates System of the League of Nations,"History Workshop Journal 66 (2008), 188-207.

Additional writing in the London Review of Books.