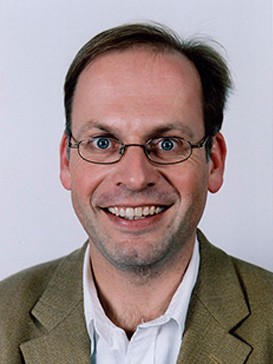 Professor Casey is a specialist in U.S. foreign policy. His books include Cautious Crusade: Franklin D. Roosevelt, American Public Opinion, and the War against Nazi Germany, 1941-1945 (Oxford University Press, 2001; paperback 2004), which explored American attitudes toward Nazi Germany during World War II; Selling the Korean War: Propaganda, Politics, and Public Opinion, 1950-1953 (Oxford University Press, 2008; paperback 2010), which won both the Truman Book Award and the Neustadt Prize for best book in American Politics; and When Soldiers Fall: How Americans have Debated Combat Casualties, from World War I to the War on Terror (Oxford University, 2014) which also won the Neustadt Prize.

His new book, War Report, Europe: The American Media at War against Nazi Germany, was published in the US by Oxford University Press on 3 April 2017. The UK edition will be out in June 2017. Based on hundreds of manuscript collections, many of them previously untapped, it provides the first comprehensive account of how American war correspondents reported World War II.

Professor Casey studied for his undergraduate degree at the University of East Anglia before moving to Oxford where he completed an M.Phil and then D. Phil in International Relations. Between 1998 and 2001, he was a Junior Research Fellow in Politics at Trinity College, Oxford. He joined LSE in 2001.

In 2004-5, Professor Casey was the recipient of the Truman Scholar's Award. In 2006 he was awarded a Marshall/Baruch Fellowship. In 2008 he was one of the inaugural Visiting Fellows at the Australian Prime Ministers Centre in Canberra, as well as the Visiting Scholar at the John Curtin Prime Ministerial Library in Perth, where he presented the annual Curtin Public Lecture entitled, 'A Missed Opportunity: The Curtin-Roosevelt Meeting and Australian-American Relations during World War II.' In 2009 he received a Mathew Ridgway Grant to research at the U.S. Military History Institute in Carlisle Pennsylvania. In 2010 he was awarded a British Academy Small Research Grant, in 2011 a Moody Grant from the Lyndon Johnson Library, and in 2013 a Research Grant from the Eisenhower Foundation.

When Soldiers Fall: How Americans have Confronted Combat Losses, from World War I to Afghanistan. New York: Oxford University Press, 2014.

Mental Maps in the Era of Détente and the End of the Cold War, Basingstoke: Palgrave/Macmillan, 2015 (co-editor with Jonathan Wright).

‘The 1930s and the Road to War,’ in Oxford Research Encyclopedia in History, Oxford University Press, 2016.

‘Wilfred Burchett and the UN Command's Media Relations during the Korean War,’Journal of Military History, 74, (2010).

‘Casualty Reporting and Domestic Support for War: The U.S. Experience during the Korean War,’Journal of Strategic Studies, 33 (2010).