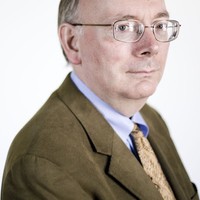 John has been a fellow at the Newberry Library in Chicago and the Smithsonian Institution's Woodrow Wilson Center in Washington, D. C., and has served as a visiting professor at the École des Hautes Études en Sciences Sociales (EHESS) in Paris. Among the institutions that have sponsored his research are the College of William and Mary, the American Antiquarian Society, and the National Endowment of the Humanities, which awarded him a faculty fellowship in 2008. Spreading the News received several national awards, including the Allan Nevins Prize from the Society of American Historians and the Herman E. Krooss Prize from the Business History Conference. Network Nation won the first Ralph Gomory Book Prize from the Business History Conference and was the 2010 Best Book in Journalism and Mass Communication History, an award bestowed by the History Division of the Association for Education in Journalism and Mass Communication. John is a former president of the Business History Conference, an international professional society dedicated to the study of institutional history.

Making News: The Political Economy of Journalism in Britain and America, co-edited with Jonathan Silberstein-Loeb (2015)

Spreading the News: The American Postal System from Franklin to Morse (1995)