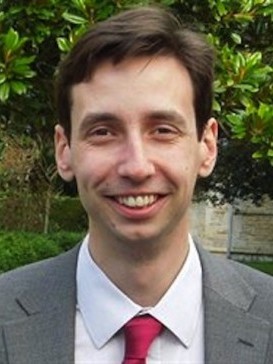 I specialise in the intellectual and cultural history of the eighteenth and early nineteenth centuries. Very broadly, my research and teaching interests encompass:  the history of the idea of Europe; travel and travel writing; Romanticism, the history of ‘racial’ thought; the history of cartography; and the ‘spatial turn’ in the humanities.

The History of the Idea of Europe

My principal field is the history of the idea of Europe, especially in late eighteenth- and early nineteenth-century Britain.  My most recent book, Europe and the British Geographical Imagination, 1760-1830 (Oxford University Press, 2019), explores what literate British people understood by the word ‘Europe’ in this period. Was Europe unified by shared religious heritage? Where were the edges of Europe? Was Europe primarily a commercial network or were there common political practices too? Was Britain itself a European country?  The book answers these questions through detailed examination of nearly 350 geographical reference works, textbooks, dictionaries, and encyclopaedias.  These volumes were widely read by literate Britons of all classes and they can reveal the formative ideas about Europe circulating in Britain.  Particular themes discussed include ideas about religion; the natural environment; race and other theories of human difference; the state; borders; the identification of the ‘centre’ and ‘edges’ of Europe; commerce and empire; and ideas about the past, progress, and historical change.  Europe and the British Geographical Imagination, 1760-1830 therefore provides thorough historical analysis of Britain's enduringly complex intellectual relationship with Europe.  For an introduction to the complex issues at stake when researching the history of the idea of Europe, see my short article ‘What is Europe?  Place, Idea, Action’ (2017) which can be read for free here.

My earlier book, The Shelley-Byron Circle and the Idea of Europe (Palgrave Macmillan, 2010) also concerns British notions of Europe.  It investigates how the titular authors and their intellectual circle understood ‘Europe’ in geographical, political and ideological terms, whilst also using other contemporary documents – newspapers, treaties, travel books – to locate their reflections within the wider context of early nineteenth-century Britain.  In addition, the book questions the conventional association of Romanticism with emerging nationalism; it argues instead that key figures in the Romantic movement were preoccupied by explicitly international and transnational themes.  Consequently the book provides a richer way to understand the development of identity politics in the period.  The introduction to The Shelley-Byron Circle and the Idea of Europe can be read for free here.

I am also interested in broad methodological questions, particularly the so-called ‘spatial turn’ in the humanities and social sciences.  What new perspectives can the spatial turn offer?   How can it be used to understand the societies, cultures, and mentalities of the past?   My book The Uses of Space in Early Modern History (New York: Palgrave Macmillan, 2015), sets out to answer these questions.  In the volume, leading historians discuss the uses of space in two respects: how spatial concepts can be employed by or applied to the study of history, and how spaces and spatial ideas were used for practical and ideological purposes in specific periods. The book incorporates a comprehensive range of disciplines concerned with space and history – archaeology, social history, intellectual history, imperial history, geography, and cartography – allowing for a broad variety of case studies and perspectives.  The introduction to The Uses of Space in Early Modern History can be read for free here.

My graduate course HY469:  Maps, History and Power:  The Spaces and Cultures of the Past stems from my interest in space.  The course explores how various European and non-European cultures from the medieval to the modern periods used maps both to understand the world around them, and to serve practical and ideological purposes: for instance, to express religious belief, to aid commercial interests, to assert cultural superiority, and to enable state formation or imperial control.

Finally, I work on the history of travel and travel writing.  Using some of the insights of the ‘spatial turn’, I have begun writing about ‘real-and-imagined’ travel. I am interested in how material and other contextual circumstances can give rise to certain imaginings, and how those perspectives help shape the construction and experience of actual sites and journeys.  The advantage of this approach is that allows us to study both the physical and the rhetorical aspects of travel experiences, as well as the symbiotic relationship between them.  My main case-study so far on this topic has been philhellenic travel to Greece during the War of Independence: see my freely-available article ‘The Real-and-Imagined Spaces of Philhellenic Travel’ (2013).

My undergraduate course HY323: Travel, Pleasure and Politics: The European Grand Tour 1670-1825 derives from my research on travel and travel writing.  The course explores the motivations, preconceptions, activities and attitudes of the Grand Tourists, showing how they shaped the modern tourist industry in both practical and ideological terms.

In a LSE Research video, Dr Paul Stock looks at how the Grand Tour of the 17th, 18th and 19th century has helped to define holidaymaking today. He contends that the history of going on holiday reveals important things about us, not least the UK’s complicated relationship with Europe.

Before I joined LSE, I was Lecturer in Eighteenth- and Nineteenth-Century Culture and Literature at Birkbeck, and Teaching Fellow in European Studies at UCL. I also held a British Academy Postdoctoral Fellowship in Intellectual History at LSE immediately prior to my permanent appointment.  I have taught widely in several disciplines and sub-fields, including cultural history, intellectual history, political history, political theory, literary studies, and visual culture.

Many of these publications are available to download for free via the above links.