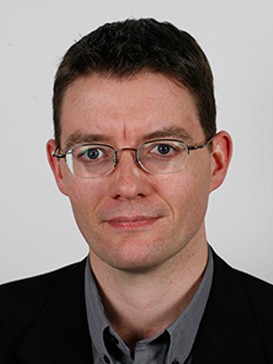 Dr Keenan studied for his undergraduate degree (in Modern History and Byzantine Studies) at the Queen's University of Belfast. He moved to the University of York in 2000, where he undertook a Masters degree in Historical Research, and then to the School of Slavonic and East European Studies (UCL), where he completed his doctoral thesis, graduating in 2006. This research was supported by an AHRC studentship - it focussed on the creation of 'public' spaces and social interaction in early eighteenth-century St Petersburg. He joined LSE in 2004 as a tutorial fellow and became a lecturer in 2008. He was awarded one of LSE's Major Review Teaching Prizes in early 2013.

Dr Keenan's research deals with Russia during the eighteenth century and, in particular, the role of St Petersburg in the relationship between Russia and other contemporary European states. The focus of his work is primarily on the cultural life of the city, given its role as the seat of the imperial Russian court from the early eighteenth century onwards, and the influence of European fashions or trends on both its physical development and the lives of its populace. More broadly, his research examines Russia's 'Europeanisation' in the early imperial period, both culturally and intellectually.

Dr Paul Keenan's first monograph, St Petersburg and the Russian Court, 1703-61, examines the social and cultural development of St Petersburg from its foundation in 1703 until the death of the empress Elizabeth in 1761. It was published by Palgrave in August 2013.

His recent publications include:

Russia and the Napoleonic Wars, edited with Janet Hartley and Dominic Lieven (Palgrave, 2015)