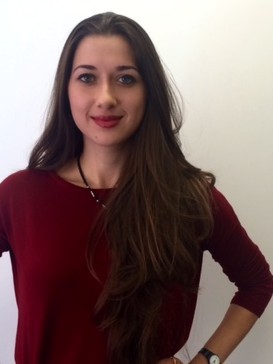 Kalindi Winfield received her BA in History from Yale University, writing on conflicts surrounding decolonization and reoccupation in Eritrea/Ethiopia and East Timor/Indonesia.  While at Columbia and at the LSE, Kalindi studied ambivalences in modern citizen-hood and the troubled development of the international system of nation-states, looking in particular at Japan, Spain, and the black diasporic experience.  Following graduation she worked in media and research, global and political in nature, then joined the Democratic Congressional Campaign Committee’s Independent Expenditure in its 2012 election effort (USA).  She worked with the DCCC again on US House candidate recruitment/incumbent protection during the 2014 midterm election cycle.  Kalindi left to pursue international political polling and campaign consulting, managing surveys, focus groups, and campaigns in Israel, Yemen, Ireland, Estonia, and Canada.  She currently works at GBA Strategies, a democratic polling firm that serves political clients, advocacy groups, nonprofits, arts institutions, and companies in the US and around the world.