MA/MSc in International and World History
Joel B. Kaye 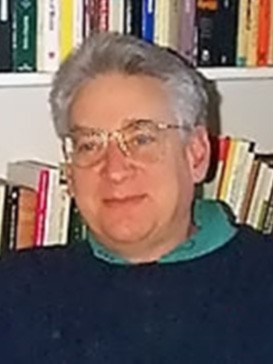 Joel Kaye, Ann Whitney Olin Professor of History, joined the Barnard faculty in 1992. In addition to his teaching duties in the department of history, Professor Kaye is affiliated with Barnard's medieval and Renaissance studies program. He has taught such courses as "Medieval Intellectual Life," "Introduction to the Later Middle Ages," "Introduction to Historical Theory and Method," "Medieval Economic Life and Thought," and "Medieval Science and Society."

Professor Kaye's scholarly interests center on medieval intellectual history, with special interests in the history of science and the history of economic and political thought. His research and scholarship have been supported by the Institute for Advanced Study, School of Historical Studies; the New York Public Library's Cullman Center for Scholars and Writers; the National Science Foundation; and the National Endowment for the Humanities.

His book, Economy and Nature in the Fourteenth Century: Money, Market Exchange, and the Emergence of Scientific Thought, earned the John Nicholas Brown Prize from the Medieval Academy of America as the best first book by an author in medieval studies.

His article "The Impact of Money on the Development of Fourteenth-Century Scientific Thought," won the 1990 Van Courtlandt Elliott Prize of the Medieval Academy of America, reserved for first-time authors in medieval studies.

Professor Kaye's latest project has been to focus historical inquiry on the subject of balance.  He has recently (2014) published a book on this subject with Cambridge University Press, with the title: A History of Balance, c. 1250-1375: The Emergence of a New Model of Equilibrium and Its Impact on Thought.  In 2015 The American Philosophical Society awarded this book its annual Jacques Barzun Prize in Cultural History.

A History of Balance, 1250-1375: The Emergence of a New Model of Equilibrium and Its Impact on Thought (Cambridge University Press, 2014). (Link to eBook)

Economy and Nature in the Fourteenth Century: Money, Market Exchange, and the Emergence of Scientific Thought (Cambridge University Press, 1998); Reissued in Paperback Edition, 2000.
(Link to eBook)

2005-07: Co-editor (with Ruth Mazo Karras and E. Ann Matter), Law and the Illicit in Medieval Europe (University of Pennsylvania Press, 2008).

2001-03 : Associate Editor, Supplemental Volume to the Thirteen Volume Dictionary of the Middle Ages, published by Scribner’s Sons in collaboration with the American Council of Learned Societies (New York, 2004).