MA/MSc in International and World History
George A. Chauncey 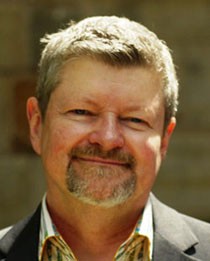 George Chauncey, DeWitt Clinton Professor of American History and director of the Columbia Research Initiative on the Global History of Sexualities, works on the history of gender, sexuality, and the city, with a particular focus on American LGBTQ history. He is the author of Gay New York: Gender, Urban Culture, and the Making of the Gay Male World, 1890-1940 and Why Marriage? The History Shaping Today’s Debate over Gay Equality. Since 1993, he has participated as an expert witness in more than thirty gay rights cases, including Romer v. Evans (1996), Lawrence v. Texas (2003), and the marriage equality cases decided by the Supreme Court in 2013 and 2015. He has also served as historical consultant to numerous public history projects, including exhibitions and lecture series at the New York Public Library and Chicago History Museum and several documentary films, and has written for The Atlantic, The New Yorker, the New York Times, and other publications.  Before coming to Columbia in fall 2017, he taught at the University of Chicago and at Yale University, where he served as chair of the History Department and chair of the Committee for LGBT Studies and was awarded Yale’s prize for teaching excellence in the humanities. He is currently completing a book on gay culture, politics, and everyday life in the segregated neighborhoods of postwar New York City.