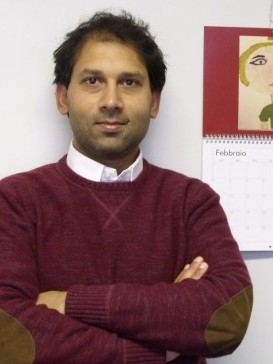 Educated at the University of Cambridge and Yale University, Gagan Sood received his doctorate from Yale’s Department of History. Before arriving at the LSE, he held research and teaching positions at Cambridge, the European University Institute (Florence, Italy) and Yale.

Dr Sood’s main interests currently focus on the Middle East and South Asia in the context of the early modern world.

At the undergraduate level:

Dr Sood has just finished a major project that sought to recapture a vanished and forgotten world from the eighteenth century spanning much of today’s Middle East and South Asia. Based on the daily lives of traders, pilgrims, clerics and other footloose types, it helps us better understand the region during a pivotal moment in its history, and offers new answers to old questions concerning early modern Eurasia and its transition to colonialism. Findings from this project have appeared in a number of scholarly journals, including Past & Present, with its culmination being a monograph recently published by Cambridge University Press. Now that this project is at an end, Dr Sood has begun work on the next one, which pivots on the realities of governance under the Mughal and Ottoman empires in the seventeenth century.

His recent publications include: