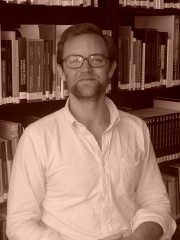 Hailing from Saint Louis, Evan graduated suma cum laude and Phi Beta Kappa with Honors in History and Philosophy from the University of Missouri in 2009. Apart from studying at George Washington University and Sciences Po Paris, he worked and lived in New York, Buenos Aires, Calcutta, Salvador da Bahia, Paris, Hong Kong and the Argentine Pampa prior to moving to London. He wrote his masters thesis on the role of Argentine guerrillas in the assassination of Nicaraguan tyrant Anastasio Somoza Debayle during the height of the Cold War in Latin America. In 2013-14 he was a Visiting Scholar at the Centro de Recursos para el Análisis de Conflictos in Bogota, Colombia, and from 2015-16 he was a Visiting Researcher at UMAM Documentation and Research in Beirut, Lebanon. Since 2016, he has been a writer and editor based in Istanbul.