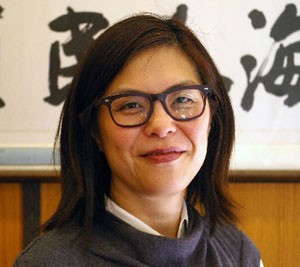 Professor Lean offers courses on modern Chinese history, history of science and technology, gender and affect, consumer culture, and cultural theory and historical methods. In her book Public Passions: The Trial of Shi Jianqiao and the Rise of Popular Sympathy in Republican China (University of California Press, 2007), she examines a sensational crime of female passion to document the political role of sentiment in the making of a critical urban public. In 2004–2005 Professor Lean received the ACLS/Andrew W. Mellon Fellowship for Junior Faculty and the An Wang Postdoctoral Fellowship of the Fairbank Center at Harvard University to research and complete the book project. This book was awarded the 2007 John K. Fairbank prize for the best book in modern East Asian history, given by the American Historical Association.

Professor Lean is currently researching a project titled “Manufacturing Knowledge: Chen Diexian, a Chinese Man-of-Letters in an Age of Industrial Capitalism,” which examines the cultural and intellectual dimensions of industrialization by focusing on the practices and writings of polymath Chen Diexian, a professional writer/editor, science enthusiast, and pharmaceutical industrialist. The project explores the intersection among vernacular industry, commerce, and ways of authenticating knowledge and things in an era of mass communication. She has received a Charles A. Ryskamp (ACLS) award for 2010–2011 to develop the project and has given talks on the topic at Princeton, Harvard, Yale, NYU, the National University of Singapore, the University of Chicago, Tel Aviv University, the Chemical Heritage Foundation, Academia Sinica in Taiwan, and Fudan University in Shanghai. A third book project focuses on China’s involvement in shaping twentieth-century global regimes of intellectual property rights from trademark infringement to patenting science. It investigates the local vibrant cultures of copying and authenticating in China, as well as enquires into how China emerged as a “quintessential copycat” in the modern world. She was featured in “Top Young Historians,” History News Network (fall 2008) and received the 2013-2014 Faculty Mentoring Award for faculty in Columbia’s Graduate School of Arts and Sciences. She is currently the Director of the Weatherhead East Asian Institute.

Professor Lean received her BA from Stanford (1990) and her MA and PhD (1996, 2001) from the University of California, Los Angeles. Before joining the Columbia faculty in 2002, she taught at the University of North Carolina, Chapel Hill.

Eugenia Lean, Public Passions: The Trial of Shi Jianqiao and the Rise of Popular Sympathy in Republican China (University of California Press, 2007).

Eugenia Lean, “Recipes for Men: Manufacturing Make-up and the Politics of Production in 1910s China.” In Osiris. Special issue on “Masculinities in Science/Sciences of Masculinity.” Eds. Erika Milam and Robert Nye. 30.1 (Fall 2015).