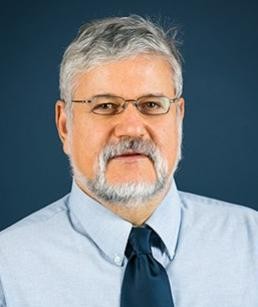 Elazar Barkan is Professor of International and Public Affairs at Columbia University, Director of SIPA's Human Rights and Humanitarian Policy Concentration, and Director of Columbia's Institute for the Study of Human Rights.

His research interests focus on human rights and on the role of history in contemporary society and politics and the response to gross historical crimes and injustices. His human rights work seeks to achieve conflict resolution and reconciliation by bringing scholars from two or more sides of a conflict together and employing historical methodology to create shared narratives across political divides and to turn historical dialogue into a fundamental tool of political reconciliation. A recent pertinent article: “Historians and Historical Reconciliation,” (AHR Forum) American Historical Review, (October 2009). Professor Barkan's other current research interests include refugee repatriation, comparative analysis of historical commissions, shared sacred sites, and the question of human rights impact, specifically with regard to redress and transitional justice.

Memories Of Violence: Micro And Macro History And The Challenges To Peacebuilding In Colombia And Northern Ireland

No Return, No Refuge: Rites And Rights In Minority Repatriation

Including Cultural Justice In A Museum’s Value System

Beyond the Turnstile argues that museums are indispensable to civil society, especially in an era in which museums often are reduced to cultural businesses or "edu-tainment" sites. Is it inevitable that a museum's success will be measured solely by how many people come through the door and how much money they spend? The eminent contributors to this volume provide museum leaders with a different set of criteria for evaluating the success of their museums, proposing a set of sustainable values that can help museums preserve themselves and advance their social mission in hard times--and help them thrive when times improve. While attendance and money will continue to count and be counted in our museums, numbers alone can never drive sustainable success. Only the unique dynamic identity that a museum can claim will do that.