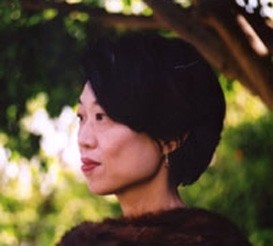 Dorothy Y. Ko, professor of history, joined the faculty of Barnard in 2001. In addition to her teaching duties for the department of history, she is affiliated with the Barnard Women's. Gender and Sexuality Studies department. Prior to coming to Barnard, she taught at the University of California at San Diego and at Rutgers University, New Brunswick. Her teaching at Barnard includes such courses as "Gender and Power in China," "Body Histories: The Case of Footbinding," "Chinese Cultural History," "Fashion,"and "Feminisms in China."

Professor Ko is a cultural historian who specializes in gender and body in early modern China. Her current research focuses on women's artistry and skills in textiles, which constitute an alternative knowledge system to male-centered textual scholarship. Her teaching interests also include the history of women and gender in East Asia; feminist theories; and visual and material cultures.

Professor Ko's research and scholarship have been supported by the Guggenheim Foundation, the Institute for Advanced Study, Princeton, and the American Council for Learned Socieities. Her book Cinderella's Sisters was awarded the 2006 Joan Kelly Memorial Prize of the American Historical Association for the best work in women's history and/or feminist theory.

The Social Life of Inkstones: Artisans and Scholars in Early Qing China (Washington, 2017)

Every Step a Lotus: Shoes for Bound Feet (University of California Press, 2001)