The Church of Ngo: Ngo Dinh Diem's Personalist Revolution and the Making of Alternative Nationalisms in the Republic of Vietnam, 1954-1963

My Master's dissertation was titled "The Church of Ngo: Ngo Dinh Diem's Personalist Revolution and the Making of Alternative Naitonalisms in the Republic of Vietnam, 1954-1963." The dissertation, which relied mostly on archival documents from the Vietnam National Archives in Ho Chi Minh City, Vietnam, was about how a French-Catholic philosophy, called personalism, influenced President Ngo Dinh Diem's nationalist program in South Vietnam during the years of partition.  I primarily examined how personalist philosophy shaped how Diem trained his civil servants at one particular school in the Mekong Delta.  I argued that personalism could not succeed because it did not support the culture of Vietnam and Vietnamese independence/nationalism. 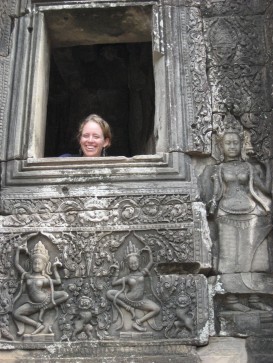