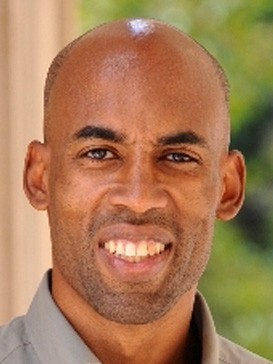 Christopher Brown is a historian of Britain and the British empire, principally in the seventeenth and eighteenth centuries, with special emphasis on the comparative history of slavery and abolition, and with secondary interests in the Atlantic Slave Trade and the Age of Revolutions.  His current research centers on the history of European experience on the African coast at the height of the Atlantic slave trade, and continues early commitments to the rise and fall of slavery in the British Empire.  Published work has received prizes in four distinct fields of study – American History, British History, Atlantic History, and the history of Slavery, Abolition, and Resistance.  Completed projects include Moral Capital: Foundations of British Abolitionism (University of North Carolina Press) and, with Philip D. Morgan, Arming Slaves: Classical Times to the Modern Age (Yale University Press).  He has written as well for The Nation, The New York Times, and the London Review of Books, among other outlets.

Brown came to Columbia University in 2007, after eight years on the faculties of Rutgers University and The Johns Hopkins University.  At Columbia, he has served as the Director of the Society of the Fellows in the Humanities (2011-2017), Chair of the University-Wide Tenure Review Advisory Committee (2014-2015), and as the inaugural Vice Provost for Faculty Affairs (2015-2018).  At the graduate level, he trains doctoral students in a wide range of fields, including the British Empire to 1815, Early Modern Britain, Colonial America, Atlantic History, and the Comparative History of Slavery in the Americas.  In 2016 he received the Faculty Mentoring Award from the University’s Graduate School of Arts and Sciences for excellence in supervising doctoral students during their years of graduate study.

Arming Slaves: From the Classical Era to the Modern Age

“The Abolition of the Atlantic Slave Trade,” in Trevor Burnard and Gad Heuman, Routledge History of Slavery (Routledge, 2010) 281-297.

“Empire Without America: British Plans for Africa in the Era of the American Revolution,” in Derek Peterson, ed., Abolitionism and Imperialism in Britain, Africa, and the Atlantic, 84-100 (Ohio University Press, 2010) 84-100.

“The Arming of Slaves in Comparative Perspective,” in Arming Slaves: From the Classical Era to the Modern Age, co-edited with Philip D. Morgan pp. 330-353, 2006.

“Empire Without Slaves: British Concepts of Emancipation in the Age of the American Revolution,” The William and Mary Quarterly, 3rd Series, LVI, 2, pp. 273-306, 1999.