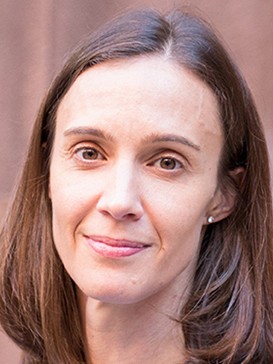 Ansley T. Erickson is a historian who focuses on educational inequality and urban and metropolitan history. Her first book, Making the Unequal Metropolis: School Desegregation and Its Limits (University of Chicago Press, 2016) tells the story of persistent inequality in Nashville, Tennesee's metropolitan school district during periods of segregation and desegregation. Her articles have appeared in the American Journal of Education, History of Education Quarterly, Journal of Urban History, and Teachers College Record (forthcoming). In fall 2017, she was a Scholar in Residence at the Schomburg Center for Research in Black Culture of the New York Public Library.

Erickson, A. Making the Unequal Metropolis: School Desegregation and Its Limits (Chicago: University of Chicago Press, 2016).

Erickson, A. and Highsmith, A. "The Neighborhood Unit: Schools, Segregation, and the Shaping of the Modern Metropolis," Teachers College Record, March 2018.

Highsmith, A. and Erickson, A. "Segregation as Splitting and Joining: Schools, Housing, and the Many Modes of Jim Crow," American Journal of Education, August, 2015.

Erickson, A. "Historical Research and the Problem of Categories: Reflections on 10,000 Digital Notecards, in Jack Dougherty and Kristen Nawrotzki, eds. Writing History: How Historians Research, Write, and Publish in the Digital Age. (Ann Arbor: University of Michigan Press, 2013) and www.digitalculturebooks.org

Erickson, A. Review of Richard Rothstein, The Color of Law: The Forgotten Story of How Our Government Segregated America. History of Education Quarterly, 2018