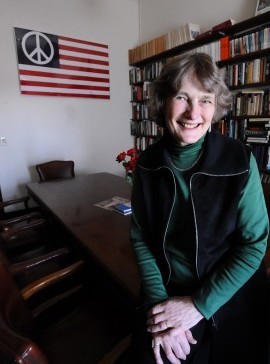 Alice Kessler-Harris, R. Gordon Hoxie Professor Emerita of American History. She is also Professor Emerita in the Institute for Research on Women and Gender. Dr. Kessler-Harris specializes in the history of American labor and the comparative and interdisciplinary exploration of women and gender. She received her B. A. from Goucher College (1961) and her Ph.D. from Rutgers (1968). Her published works include: In Pursuit of Equity: Women, Men and the Quest for Economic Citizenship in Twentieth Century America (2001); Out to Work: A History of Wage-Earning Women in the United States (1982); A Woman's Wage: Historical Meanings and Social Consequences (1990); and Women Have Always Worked: A Historical Overview (1981). She is co-editor of Protecting Women: Labor Legislation in Europe, Australia, and the United States, 1880-1920 (1995) and U.S. History as Women's History (1995). Some of Kessler-Harris' essays in women's labor history are collected in Gendering Labor History (2007). Her most recent book is A Difficult Woman: The Challenging Life and Times of Lillian Hellman (2012).