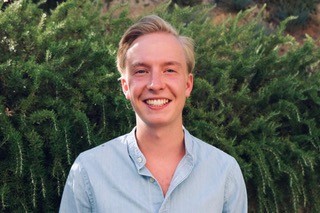 Willem graduated from Utrecht University, the Netherlands, with a Bachelor’s of Arts in (economic) History and a Bachelor’s in Law. Additionally he completed the Master’s in Corporate Law, specializing in International Business. His thesis subject focussed on the forced sale of shares between shareholders in joint ventures in the case of insurmountable deadlocks.

During his studies, Willem interned at StartupDelta (now Techleap.nl) where he helped create a favorable ecosystem for startups and scale-ups in the Netherlands. After his studies, Willem gained diplomatic experience at the Economic Department of the Royal Dutch Embassy in Washington D.C. Preceding the start of this program he also worked at several (international) law firms.

Willem intends to focus his research at Columbia and LSE on the intersection of environmentalism and economic impact from an international and multidisciplinary perspective.

In his spare time he likes to play squash.