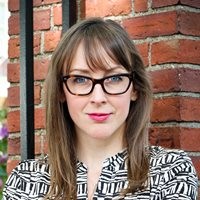 Dr Megan Black is assistant professor of International History with research interests in the United States and the world, environmental history, and political economy. Her current research explores the role of the U.S. Department of the Interior in spearheading the pursuit of minerals beyond U.S. formal sovereignty in indigenous lands, formal US territories, nations throughout the global South, the oceans, and outer space. In the process, the Interior Department forged powerful linkages between the histories of US settler colonialism and US global reach. Her book manuscript, The Global Interior: Mineral Frontiers and American Power, is under contract with Harvard University Press.

Dr Black received her PhD in American Studies at The George Washington University. She undertook postdoctoral work as a fellow at the Charles Warren Center for Studies in American History at Harvard University. She was a finalist for the Organization of American Historian’s Louis Pelzer Memorial Prize and the American Studies Association’s Ralph Henry Gabriel Prize for Best Dissertation. Her work has been supported by grants from the Society for Historians of American Foreign Relations, Harry S. Truman Library, and Lyndon B. Johnson Library.