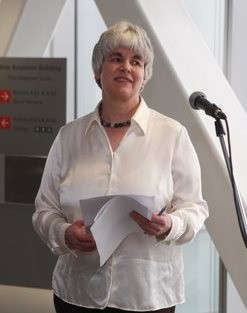 I have been studying and teaching Russian history for about thirty five years. I have written six books and many articles and chapters in books. My most recent book (published in 2014) is a history of Siberia, from the late sixteenth century to the present, entitled Siberia: a History of the People.

Why do I find Russian history so interesting? It is partly because there is simply less known about Russia in my period than about some other countries, from how things worked in practice to how people thought. At a simple level, history is a story – and I wanted to tell the story of Russia. For Siberia, I particularly wanted to show ‘how people lived’ – how the settlers adapted to the challenges of climate and great distances but also how they interacted with the indigenous peoples of Siberia who already lived in the lands they colonised.

But there also some features of Russian history which I think are special. First, the history of Russia is both very different from that of the West and yet it shares many of its characteristics, and that is a theme which runs from the seventeenth century to the present. Russia is different in its social structure, in its political structure, and in its spiritual development. And yet it is not alien from Europe either: it is predominantly Christian and shares much of European cultural and intellectual development. Second,  the Russian empire, with many of the characteristics  which we might regard as “backward” – economic, political, social, intellectual – became one of the Great Powers of Europe in the eighteenth century. How Russia achieved that, and at what price, has also been one of my main academic interests.

Those big issues have dominated my writings on Russia. I have written a Social History of Russia 1650-1825 and several articles which  looked at Russian society, at its special characteristics and the ways it differed from the ‘West’. Serfdom is the  obvious institution which was distinctive in Russia. But I have also looked at the ‘service’ nobility, at urban society, which was far less important than in Western and central Europe, and at groups of military servitors, such as Cossacks, which have no exact equivalent in other countries. In my book on Siberia; a History of the People I have tried to assess to what extent Siberia – in its social structure, economic development and cultural and intellectual life - was different from European Russia.

I have also been concerned with Russia’s rise to Great-Power status. I have written a biography of a British diplomat Charles Whitworth  who witnessed of Russia’s rise to power in the Baltic in the reign of Peter I. When Whitworth arrived in Moscow in 1705, Russia was a second-rate power, and her only importance to Britain was as a source of naval supplies. By the end of Whitworth’s career, as a result of  the Great Northern War, Russia was a formidable power and rival in the Baltic sea. I also looked at this theme in my biography of Alexander I. Abroad, Russia became the dominant military power on the continent of Europe with the defeat of Napoleon. Domestically, however, Russia stagnated so that its political and social structure seemed to be behind the rest of Europe by 1825 – in particular, in the lack of constitutional constraints on the tsar and in the existence of serfdom. I then developed this theme further in a book entitled Russia 1762-1825: Military Power, the State and the People. The main theme of this book was how could Russia, with its traditional economic political and social structures, beat the most modern military nation on earth, that is, Napoleonic France? A second, related, theme was the cost for state and society of the vast commitment by the government to military, and naval, success.

Professor Hartley has written many articles and chapters on Russian history and Anglo Russian relations, in English and in Russian. Recent publications include: