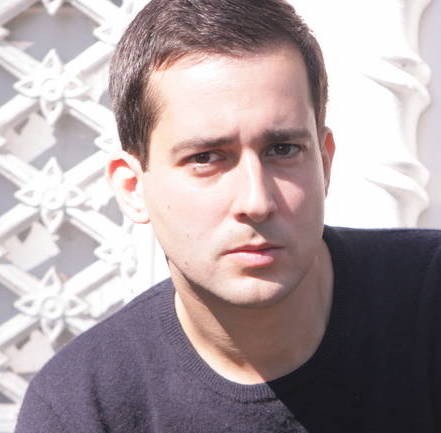 David Motadel is Associate Professor of International History at the LSE. He works on the history of modern Europe and Europe’s global entanglements.

Among his current projects is a global history of Europe’s empires in the era of the Second World War, 1935-1948, which is under contract with Penguin Press (Allen Lane). Some first results were published in ‘The Global Authoritarian Moment and the Revolt Against Empire’ in the American Historical Review.

David Motadel has also a more general interest in global history. His co-authored article ‘The Futures of Global History’, published in the Journal of Global History in 2018, led to a lively debate in the field. He is the co-editor of The Global Bourgeoisie: The Rise of the Middle Classes in the Age of Empire (Princeton University Press, 2019) and the editor of Revolutionary World: Global Upheaval in the Modern Age (Cambridge University Press, 2021).

David Motadel studied in Germany, Switzerland, and England. He completed his MPhil (2006) and PhD (2010) in History at the University of Cambridge, where he was a Gates Scholar. His doctoral dissertation was awarded several prizes, including the Prince Consort Prize and Seeley Medal of the University of Cambridge for the best history dissertation of the year. He subsequently took up a Research Fellowship in History at Gonville and Caius College, University of Cambridge (2010-15). He joined the LSE in 2016 as Assistant Professor of International History and became Associate Professor of International History in 2019. Dr. Motadel has held visiting positions at Harvard (2007-8), Yale (2009-10), Oxford (2011-12), Sciences Po (2018-19), and the Sorbonne (2018-19). He was also a Fellow at the Institute for Advanced Study in Berlin (2019-20). He is a Fellow of the Royal Historical Society. In 2018, he was awarded the Philip Leverhulme Prize for History.

A dedicated teacher, David Motadel has also been awarded the LSE Excellence in Education Award (2018) and the LSE Promotions Teaching Prize (2019).

The Global Bourgeoisie: The Rise of the Middle Classes in the Age of Empire (ed.) (Princeton, N.J.: Princeton University Press, 2019). (with J. Osterhammel and C. Dejung). (Paperback: 2019).

Worlds of the Bourgeoisie, in David Motadel, Jürgen Osterhammel, and Christof Dejung (eds.), The Global Bourgeoisie: The Rise of the Middle Classes in the Age of Empire (Princeton, N.J.: Princeton University Press, 2019), 1-39. (with J. Osterhammel and C. Dejung)

Worlds of a Muslim Bourgeoisie: The Socio-Cultural Milieu of the Islamic Community in Interwar Berlin, in David Motadel, Jürgen Osterhammel, and Christof Dejung (eds.), The Global Bourgeoisie: The Rise of the Middle Classes in the Age of Empire (Princeton, N.J.: Princeton University Press, 2019), 229-250.

Islamic Revolutionaries and the End of Empire, in Martin Thomas and Andrew S. Thompson (eds.), The Oxford Handbook of the Ends of Empires (Oxford: Oxford University Press, 2018), 555-579.

Iran and the Aryan Myth, in Ali Ansari (ed.), Perceptions of Iran: History, Myths and Nationalism from Medieval Persia to the Islamic Republic (London: I.B. Tauris, 2013), 119-145.