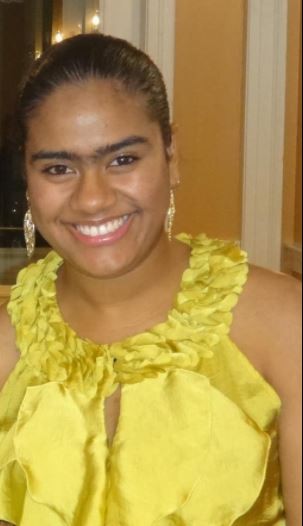 Ashley grew up in her family’s native Guyana, where her love for storytelling and history began. In 2014, she graduated from Agnes Scott College with Honors, double majoring in History and Religious Studies with a Film & Media Studies minor, and studied abroad in Spain, Ireland and as a Benjamin A. Gilman Scholar to Morocco. Her additional areas of study were Political Science and Art History, and she values the transformative effects that a historical women’s college had on her life.

Pivoting from an earlier background in Science, she has studied multiple areas of regional history – American (especially the South), European, Caribbean, Latin American and Middle Eastern & North African. She is intrigued by themes like food history, the reshaping of transnational identities, the Israeli-Palestinian conflict, the impact of colonialism on the suppression and resurgence of South Asian classical dance styles, the comparative experiences of British and Indian women during the British Raj and the making of the Caribbean, among others. One of her college’s summer research grants facilitated her senior history thesis, which examined both Britain’s humanitarian and economic interests that led to Caribbean abolition with an underlying theme of how the colonized impacts a colonizer’s own sense of identity.

After graduating, she had a brief stint as a Madison Square Garden Tour Guide, before working in college admissions, recruiting amazing students across the United States and East & Southeast Asia. In 2016, she was selected as a Humanity in Action Fellow to Amsterdam, where she spent a month examining the historical and contemporary Dutch socio-cultural and political landscapes, and some of the biggest human rights conflicts facing Europe, including in the effects of the ongoing Syrian Civil War and resulting refugee crisis. At the international conference in Athens, Greece, she further implored the shifting mechanisms of 21st century European identity.

Ashley plans to work in academic and public service in Guyana. She aspires to research & teach History at the University of Guyana, and contribute to further development of the country’s educational and foreign policies. Given her passion for the Arts also and its power as a social change agent, she looks forward to growing the local film sector.

Her personal interests include learning about different cultures, foods and the fine arts, traveling, discussing films, dancing, celebrating life’s joyous occasions, debating politics and championing the marginalized. She aspires to create a NGO to encourage youth development and civic engagement on the most pressing issues facing Guyana and the Caribbean. As a strong believer in the significant role the Caribbean has played in the building and sustenance of the most developed nations, she wants the region to take its rightful place on the world stage.

At Columbia & the LSE, she plans to study the history of the Guyana-Venezuela border dispute – an analysis of colonial and contemporary actors’ vested interests and foreign policies, and the future potential impact on Latin American & Caribbean development, a new global Cold War and the global energy sector.