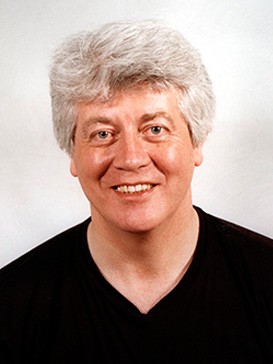 Professor Alan Sked was a prize-winning undergraduate at the University of Glasgow after which he moved on to Merton College, Oxford, where he took his D.Phil. under the supervision of A.J.P.Taylor. He was appointed to the Department of International History at LSE before his thesis was completed. He remained at the department until his retirement in 2015.

He has been asked by British, Czech and Austrian Funding Councils to evaluate multi-million pound research projects and is a Fellow of the Royal Historical Society. He is a member of the advisory board of two historical journals. From 1980-1990, he was Convener of European Studies at LSE.

Professor Alan Sked's main fields of interest are very wide-ranging. He is a world expert on the Habsburg Monarchy, with his books on it translated into German, Italian, Czech, Portuguese and Japanese.

Recent conference papers have been devoted to Talleyrand and the Congress of Vienna (given in Paris) and Talleyrand and England (given at the National Archives).

Professor Alan Sked was presented with a copy of the Czech translation of his book, Metternich and Austria: An Evaluation, at a ceremony for the history faculty and students of Masaryk University in Brno. He marked the occasion with a guest lecture on ‘Metternich and Radetzky’.

More recently, he has published Metternich and Austria. An Evaluation  (2008), Radetzky, Imperial Victor and Military Genius (2011) and Abraham Lincoln: the Critical History of an American Icon (2013).

He has written several articles on Habsburg history including:

He has also published three books on British history:

He is presently writing the Penguin History of Post-War (Western) Europe, which will also cover post-war Britain.

These themes apart, he has written articles on general history and has edited two books: Crisis and Controversy, Essays in Honour of A.J.P. Taylor (London, 1976) and Europe's Balance of Power, 1815-1848 (London, 1979)